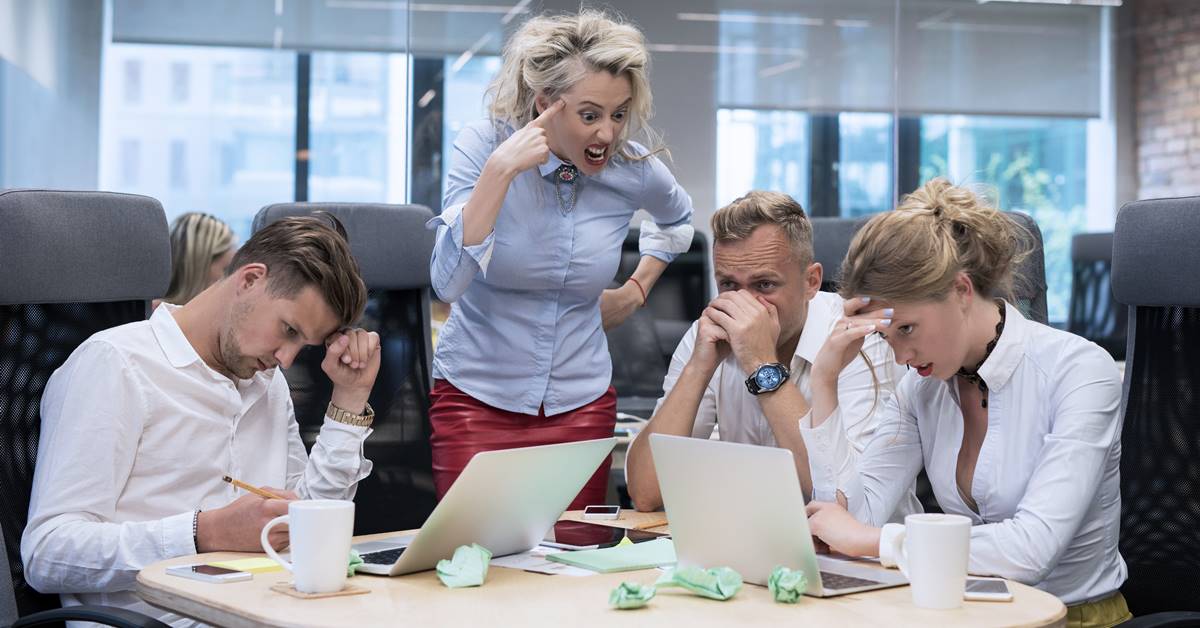 Warning signs of a toxic culture: 5 red flags to recognise

21% of UK employees resigned from their jobs in 2020 due to toxic work culture. This cost the economy a staggering £15 billion. Given the huge financial consequences, it’s vital to be able to spot the warning signs of a toxic work culture early on so that deep organisational change can happen.

What is a toxic culture?

A toxic culture is when negative behaviour in the workplace impacts employees’ mental health. There are countless examples of behaviours that contribute towards a harmful culture, including:

Unfortunately, toxic workplace cultures are common in the UK. A survey carried out last year found that 64% of employees had experienced behaviour at work that damaged their mental health.

What are the warning signs of a toxic culture?

Here are some signs to look out for:

A report by MIT Sloan Management found that a toxic culture (and not pay) is the primary cause of people quitting. When employees don’t feel included or respected, or they feel that the behaviour in their workplace is unethical, then they’re far more likely to leave.

On top of this, over 30% of employees in the UK have said they’ve taken time off work due to a toxic workplace culture, costing the economy billions.

Toxic culture warning sign 2: Lack of transparency across the organisation

An unsupportive manager who gives minimal feedback to their reportees can make employees anxious about whether their performance is up to standard.

When employees are not privy to certain information about their organisation, or they think something untoward is going on because they’ve heard a rumour, this can cause considerable stress.

Transparent communication between managers and colleagues builds trust and signals mutual respect. Employees need to know how they’re performing and what’s happening in the workplace to feel secure.

With this in mind, it’s worth considering how your organisation communicates with its employees. Organisations that focus on top-down communication without providing channels for employee feedback can leave all besides management feeling undervalued and unappreciated.

When an employee is afraid of failing, their work may be below standard because their thoughts are entirely consumed by what they might do wrong. They feel unsafe at work and under constant stress. Work performance can take a serious turn for the worse.

When people don’t understand their role or responsibilities it causes confusion, giving rise to anger and disagreements. This can happen because communication is poor, somebody hasn’t listened, or communication between colleagues or managers is contradictory or ambiguous.

Toxic culture warning sign 5: Nobody knows what the organisation is striving for

To share and promote an organisation’s aims, vision, and core values, employees need to understand each of these highly important aspects of an organisation. In a healthy working environment, everyone should understand the ‘bigger picture’.

In a toxic working environment, people don’t know what they’re working towards and why, so they lack direction and motivation. To communicate a business’s aims, vision, and core values to employees, business leaders must have a clear understanding themselves. Leaders must also be able to articulate them in a way that all employees understand.

What impact does a toxic culture have on an organisation?

Having identified the warning signs of a toxic work culture, let’s now delve into the damage it can cause to the organisations:

According to Forbes, employees are ten times more likely to leave a company where there is a toxic work environment.

When a business loses employees and don’t replace them, it puts additional pressure and strain on the remaining staff. This typically damages morale and causes stress, reducing productivity among employees.

High staff turnover can also make it difficult for a company to attract new talent as it’s a serious red flag that something is wrong. In addition to this, continually recruiting and training new employees is expensive and time-consuming, which again impacts productivity.

Struggling to engage employees? Your toxic culture might be the cause

Engaged employees feel a connection with a company’s vision and goals. Consequently, they’re more likely to go above and beyond expectations because they’re more driven to support the organisation. However, according to Gallup only 15% of employees worldwide are engaged at work.

That’s a staggering statistic. It makes sense then that a study was undertaken to investigate the impact of toxic work culture on employee engagement. The study’s authors found that a toxic workplace environment negatively impacted employee engagement because it caused employees to feel stressed, depressed and ultimately to burn out.

In addition, the study revealed that when a business recognises a toxic workplace and takes steps to support employee wellbeing, this makes a significant and positive difference.

When organisations don’t set clear, individual goals for employees, those employee can feel lost or that their talents are going to waste. This is counter-productive and will eventually stunt business growth because demoralised employees are not productive in the long-term.

A toxic work culture affects employees’ performance because it builds psychological barriers that prevent them from being able to work effectively and contribute to a team.

Creating a feeling of belonging and collaboration are key to solving problems and achieving business outcomes and ultimately business success. Employees who don’t feel that their contributions are valued due to loss of self-esteem, or that their contributions aren’t valued by others, won’t participate. This means the company loses a vital resource.

Final thoughts on spotting the warning signs of a toxic culture

A toxic work culture is more than just a poor working environment. It’s a deep disharmony between colleagues that permeates every aspect of company life. It raises levels of fear, anxiety and distrust among employees to a damaging extent.

Consequently, employees can’t be themselves at work because there’s no psychological safety. And when we can’t be ourselves, we retreat and disengage.

Creating and sustaining a healthy, positive culture takes time and energy. Driving culture in an intentional way is crucial, especially when organisations expand rapidly. Tune into your organisational culture. Listen to your employees. And take decisive, positive action.